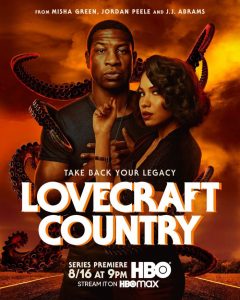 HBO’s new drama series Lovecraft Country, developed and executive produced by showrunner Misha Green and based on and serving as a continuation of the 2016 novel of the same name by Matt Ruff, winds up with final episode on October 18, 2020 of the season “Full Circle.” The television series, starring Jurnee Smollett and Jonathan Majors, premiered on August 16, 2020 and is produced by Monkeypaw Productions, Bad Robot Productions, and Warner Bros. Television Studios. The show has been a critical darling in its first season for HBO and its music has caught viewers’ ears with jazz classics like “Easy Living.”

The HBO horror series, Lovecraft Country, is at its best when it blends history with horror. The series is 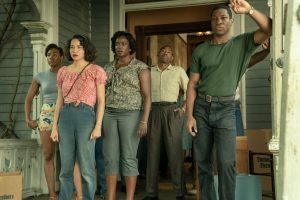 about a young black man who travels across the segregated 1950s United States in search of his missing father, learning of dark secrets plaguing a town on which famous horror writer H. P. Lovecraft supposedly based the location of many of his fictional tales. This begins a struggle to survive and overcome both the racist terrors and the terrifying monsters that could be ripped from a Lovecraft paperback. 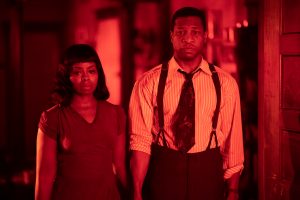 Lovecraft Country features a unique blend of genres and themes. One minute, it’s giving us hair-raising horror, the next steamy, 1950s romance, all while delivering pointed, probing commentary on the racism deeply rooted in America’s history. The show thrusts its leads, played with grace by Jurnee Smollett and Jonathan Majors, into a myriad of different environments as they travel across the American South, haunted by both supernatural creatures and racism. Therefore, it demands music that’s as eclectic as its overall tone. Music supervision for the show is handled by Liza Richardson, who chooses the right song for a given moment in the show, which soundtracks climactic moments include Billie Holiday Performing “Easy Living”