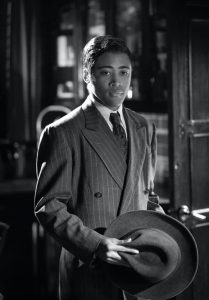 The CW’s Legacies is a fantasy drama television series, created by Julie Plec and a spin-off of The Originals and features characters from both that series and its predecessor, The Vampire Diaries. Danielle Rose Russell stars as the 17-year-old Hope Mikaelson, continuing the role she originated in the fifth and final season of The Originals. Matt Davis also features prominently in the series, reprising his role as Alaric Saltzman from The Vampire Diaries. The CW renewed the series for a second season which premiered on October 10, 2019 and renewed the series for a third season, set to premiere on January 21, 2021. 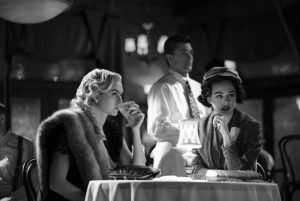 Legacies follows Hope Mikaelson, the daughter of Klaus Mikaelson and Hayley Marshall, who is descended from some of the most powerful vampire, werewolf, and witch bloodlines. Two years after the events of The Originals, 17-year-old Hope attends the Salvatore School for the Young and Gifted. The school provides a haven where supernatural beings can learn to control their abilities and impulses. Set in the Salvatore Boarding School for the Young and Gifted, Legacies tells the story of the next generation of supernatural beings as they learn what it means to be special in a world that may never understand. 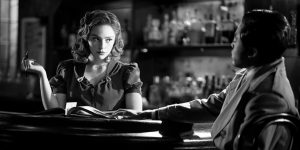 This episode all starts when Emma (Karen David) tries to help the students deal with their recent trauma. She suggests they participate in a group simulation that transports them to a black and white film noir world. Hope (Danielle Rose Russell), Josie (Kaylee Bryant), Lizzie (Jenny Boyd), MG (Quincy Fouse), and Rafael (Peyton Alex Smith) quickly learn they must confront their conflicts head-on or risk facing the game’s catastrophic consequences. 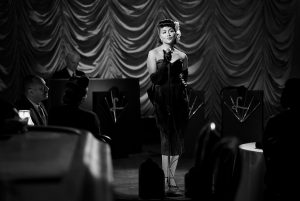 The visuals, costumes, acting, and music were fabulous in this mystery noir world. The characters looked so cool as they slayed this era’s fashions with their dresses and hats and with the amazing look of their hairdos. Emma made the setting perfect when she sang “Thanks for the Memory,” composed by Ralph Rainger with lyrics by Leo Robin.