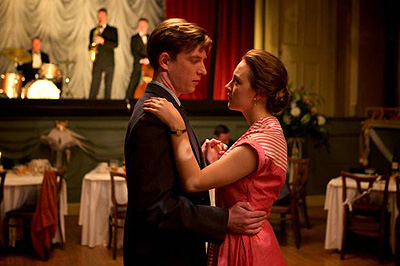 Brooklyn premiered at this year’s Sundance Film Festival and features a collection of recordings of Irish classics including “Zing a Little Zong,” a popular song written by Harry Warren and Leo Robin.    Click on the image for a full review of Brooklyn by film critic Ken Hanke.