The play Spatz and Engel tells a merely known story about two world-famous icons of the twenty-first century. The stage play is filled with music, many humorous, tragic and moving moments about two of the biggest chanteuse of all time. These are two women, more contrary than they can be at the same time: Herein a self-controlled, brittle beauty out of the Prussian middle class milieu, over there a passionate, little brat, who literally grown up on the streets of Paris. 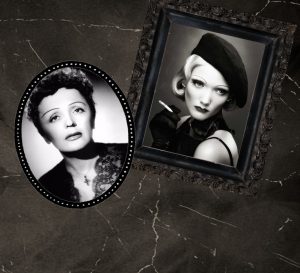 As famous as Marlene Dietrich’s and Edith Piaf’s autobiographies may seem, the more remarkable it is, how their longtime, heartfelt friendship didn’t get abroad public awareness. Marlene was the one who delivered Edith the ominous message about the dead of her lover Marcel Cerdan. Few years later, Marlene not only organized Edith’s wedding, but became the maid of honor, too. As a symbol of deep gratitude, Edith granted Marlene an own interpretation of her La vie en rose. Edith’s final will even was to be buried with the golden cross she used to wear, which Marlene once gave to her. 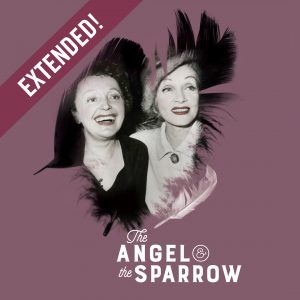 The play Spatz and Engel, which means The Angel And The Sparrow, focuses story wise on this friendship. It initiates in New York of the late 1940s after Edith’s attempt to open up to a new American crowd leading up to failure at first. Suddenly Marlene enters her life. The immense contrarieties between them, combined with deep admiration for each other leads to a tremendous mutual gravity – In fact so big, that they initially become lovers. This affair creates the foundation of their future friendship. 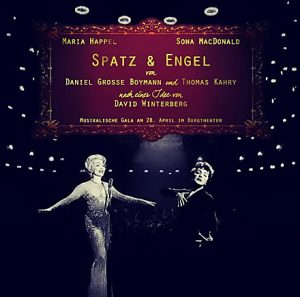 While becoming the most popular and best paid concert-hall singers around the world, both friends together undergo years filled with ups and downs. Edith faces her biggest calamity whereas Marlene trying to prevail against her depressions, spiritism, alcohol and drug abuse. That’s where their differences become inconvenient: Marlene’s self-sacrificing aid gets contradicting to Edith’s ravenous desire for freedom and independency. Their friendship is about to face an acid test and impends to fail… 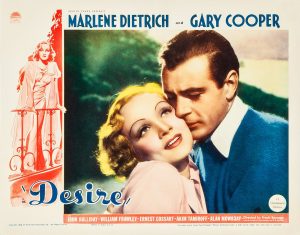 A range of songs – among both the biggest hits of both of them and hidden treasures – have been concretely integrated into the plays dramaturgy and benefit the act. The songs do not only commentate as well as connect all scenes with each other but rather become the deed. One of these songs is a gem — “Awake in a Dream,” composed by Frederick Hollander with lyrics by Leo Robin — first featured in Desire, a 1936  romantic comedy-drama film starring Marlene Dietrich and Gary Cooper, and produced by Ernst Lubitsch.

From Desire, here is Marlene Dietrich singing and playing piano to “Awake in a Dream” with Gary Cooper gazing at her.