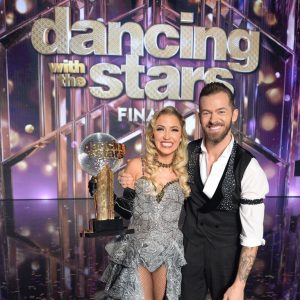 Dancing with the Stars wrapped up its 2020 series and its 29th overall on November 23 crowning a new Mirrorball Trophy winner. Former “Bachelorette” Kaitlyn Bristowe and her partner Artem Chigvintsev were crowned the Mirrorball Champions of “Dancing With the Stars” after they performed their freestyle dance to the “Diamonds Are a Girl’s Best Friend” version from the musical “Moulin Rouge.” When host Tyra Banks announced the news, Kaitlyn and Artem were absolutely thrilled and so were their fans. They received a perfect score of 30/30 on this dance from the judges Carrie Ann Inaba, Derek Hough, and Bruno Tonioli in the last night of the competition.

Dancing with the Stars is a dance competition television series that premiered on June 1, 2005, on ABC. 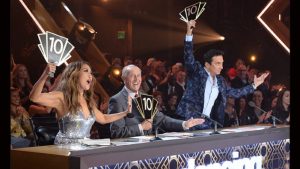 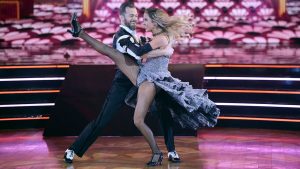 Kaitlyn and Artem’s final performance of the season was a freestyle routine that recreates one of the greatest moments from Baz Luhrmann’s Moulin Rouge. With their impressive performance to “Diamonds Are a Girl’s Best Friend,” composed by Jule Styne with lyrics by Leo Robin, Kaitlyn Bristowe and Artem Chigvintsev took home the win receiving full marks from the judges. Here is their stunning dance to Diamonds Are a Girl’s Best Friend.”