PBS presents new three-part documentary The U.S. and the Holocaust with humanitarian scene of Americans doing refugee rescue work during WWII underscored by the classic “Hallelujah”

PBS presents new three-part documentary The U.S. and the Holocaust with humanitarian scene of Americans doing refugee rescue work during WWII underscored by the classic “Hallelujah” 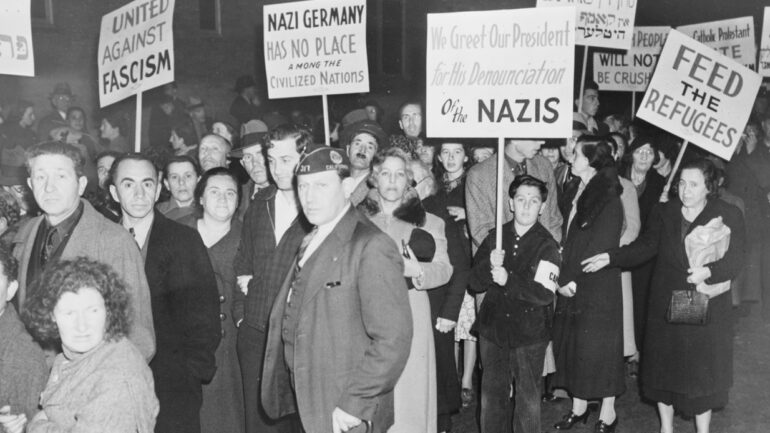 PBS presents The U.S. and the Holocaust, a new three-part documentary directed and produced by Ken Burns, Lynn Novick and Sarah Botstein, which explores America’s response to one of the greatest humanitarian crises in history. The series, written by Geoffrey Ward, sheds light on what the U.S. government and American people knew and did as the catastrophe unfolded in Europe. The series will air September 18, 19 and 20, at 8:00-10:00 p.m. ET on PBS stations. The U.S. and the Holocaust is a production of Florentine Films and WETA Washington, D.C, which will be distributed internationally by PBS International. Peter Coyote narrates and voice actors in the series will include Adam Arkin, Paul Giamatti, Elliott Gould, Werner Herzog, Liam Neeson, Matthew Rhys and Meryl Streep, among many others.

about Nazi persecution on their radios and read about it in the press. Many responded by denouncing the Nazis, marching in protest and boycotting German goods. Individual Americans performed heroic acts to save individual Jews and stood up to Nazism at home and abroad. Some 200,000 Jews eventually found refuge in the United States, but many more were denied entry. As the Nazi terror escalated, the U.S. responded by tightening, not opening, its borders to refugees. 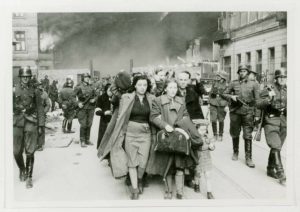 historians and writers, The U.S. and the Holocaust dispels competing myths that Americans either were ignorant of the unspeakable persecution that Jews and other targeted minorities faced in Europe or that they looked on with callous indifference. The film tackles a range of questions that remain essential to our society today, including how racism influences policies related to immigration and refugees as well as how governments and people respond to the rise of authoritarian states that manipulate history and facts to consolidate power.

“At the center of our narrative is 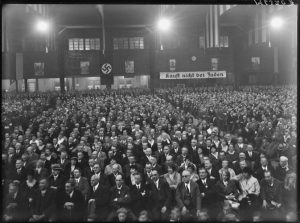 the moving and inspiring first-hand testimony of witnesses who were children in the 1930s,” said Sarah Botstein. “They share wrenching memories of the persecution, violence and flight that they and their families experienced as they escaped Nazi Europe and somehow made it to America. Their survival attests to the truth of the remark made by journalist Dorothy Thompson that ‘for thousands and thousands of people a piece of paper with a stamp on it is the difference between life and death.’”

The film makers frequently select the music with lyrics written by Leo Robin for these period films and documentaries. In this film, there is a humanitarian scene of Americans doing refugee rescue work during WWII underscored by the classic “Hallelujah,” written by composer Vincent with lyrics by Leo Robin and Clifford Grey.

The U.S. and the Holocaust features a fascinating array of historical figures that includes 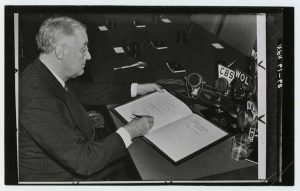 Franklin D. Roosevelt, Charles Lindbergh, Dorothy Thompson, Rabbi Stephen Wise, and Henry Ford, as well as Anne Frank and her family, who applied for but failed to obtain visas to the U.S. before they went into hiding. This unexpected aspect of the Franks’ story underscores an American connection to the Holocaust that will be new to many viewers.

The film also looks at American policy on topics ranging from Calvin Coolidge’s staunch anti-immigration ideology to FDR’s Lend-Lease bill and how these fights took shape on the home front, including the emergence of Nazi sympathizers. Some of America’s most well-known leaders, such as Lindbergh and Ford, were also among the most vocal anti-Semites. Similarly, new light is shed on many of the well-known controversies surrounding the American response to the Holocaust, including the dreadful story of the more than 900 Jewish refugees aboard the MS St. Louis, who were denied entry to Cuba and the U.S. in 1939 and forced to return to an uncertain fate in Europe, and the enduring debate over whether the Allies should have bombed Auschwitz.